When you think of visiting Washington, D.C., you probably think of all the traditional hot-spots. Such as the White House, U.S. Capitol, the Smithsonian museums, and all the monuments. However D.C. is so much more than that. It is rich with art, fresh food, nightlife scenes, farmers markets and contemporary exhibits. Opt for a scenic afternoon walk from the Lincoln Memorial and the Washington Monument before catching a show at The John F. Kennedy Center for the Performing Arts. If you plan to go to Washington, D.C. at the end of March and April, make sure you visit the breathtaking Tidal Basin, you’ll find thousands of pink cherry blossoms at every turn.

Having said all that, these are the top places you have to visit – some traditional and some not so much.

U.S. Capitol and the Library of Congress

One could argue that the U.S. Capitol is D.C.’s most magnificent building. Especially as its visitors can witness groundbreaking politics in action. The members from both houses of Congress debate and create national policy and law here – that’s the reason even to have the hairs on your neck stand up. It’s a powerful place. Moreover, visitors may explore the north and south wings of the building, making sure to stand in its glorious circular centerpiece: the Rotunda. This iconic hall boasts of paintings, frescoes and sculptures that represent famous scenes from American history. Moreover it’s free to visit the Capitol (just make a reservation ahead of time) and the Library of Congress, which has the “largest library in the world.” 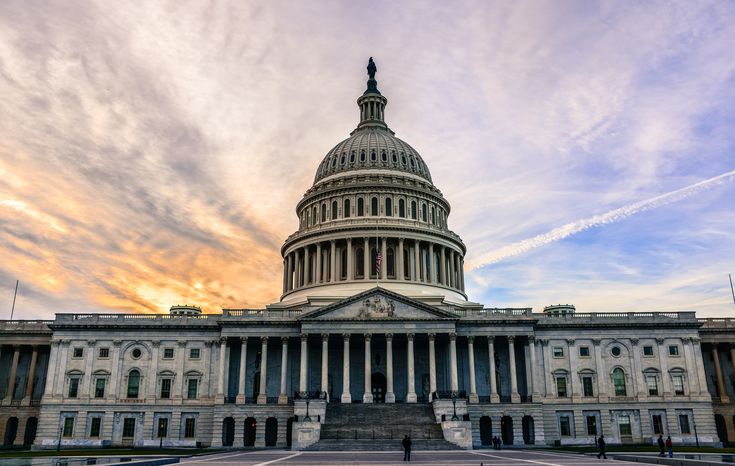 U.S. Capitol And The Library Of Congress

You will find the National World War II Memorial right in between the Washington Monument and the Lincoln Memorial. This particular memorial was created in 2004 in dedication to the 400,000-plus Americans who died during the war. It hosts a circle of 56 pilings (representing the then 56 U.S. states and territories) which overlook the Rainbow Pool. Stroll through here at night when the lights are shining, it’s like being in a fairy world. One filled with honor and respect for our fallen soldiers.

With more than 126 million artifacts on display, this huge Smithsonian museum on the National Mall sees over a million visitors annually. When I went, the tour guide stated that they receive around 10,000+ visitors daily and during the summer months, those numbers double. Be sure to stop at the tarantula feedings in the Orkin Insect Zoo and take a peek at the replicas of marine life in its 23,000-square-foot Sant Ocean Hall. Out of all the Smithsonian museums, this one is my favorite. 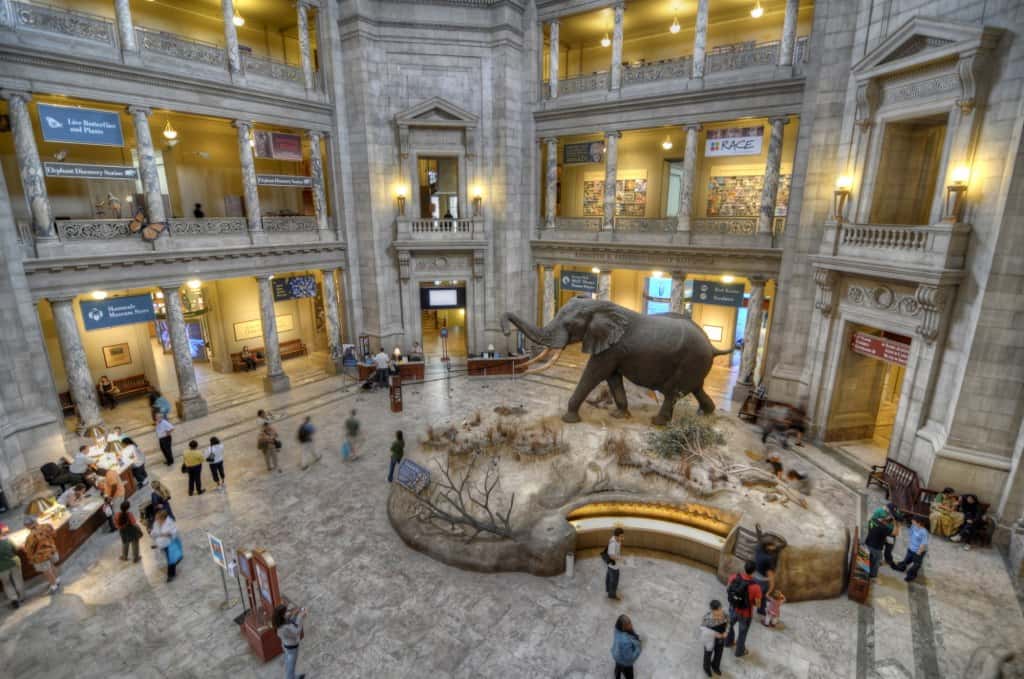 Yes, it’s true that the ticket prices are steep but it is so worth the green. Don’t believe us? Just look at the reviews on the Newseum site or Tripadvisor. Besides, it is Washington, D.C.’s most popular museum. If the name didn’t give it away, the Newseum is solely dedicated to the news. Visitors first arrive in an atrium sporting a massive television screen and a news helicopter. All this then leads to 15 galleries which explores the history of the news.

We previously mentioned Tidal Basin before, but we have more we need to say. The Tidal Basin is a stunning 2-mile-long pond which is the backdrop to D.C.’s most loved sites. Each spring, the Tidal Basin blossoms with vibrant color as the cherry blossom trees (which were gifted from Tokyo) bloom into startlingly beautiful cotton candy-colored tufts. Every year, thousands of visitors gather to take in the sights and smell the glorious air. You may either follow the path around the basin or take a paddle boat. 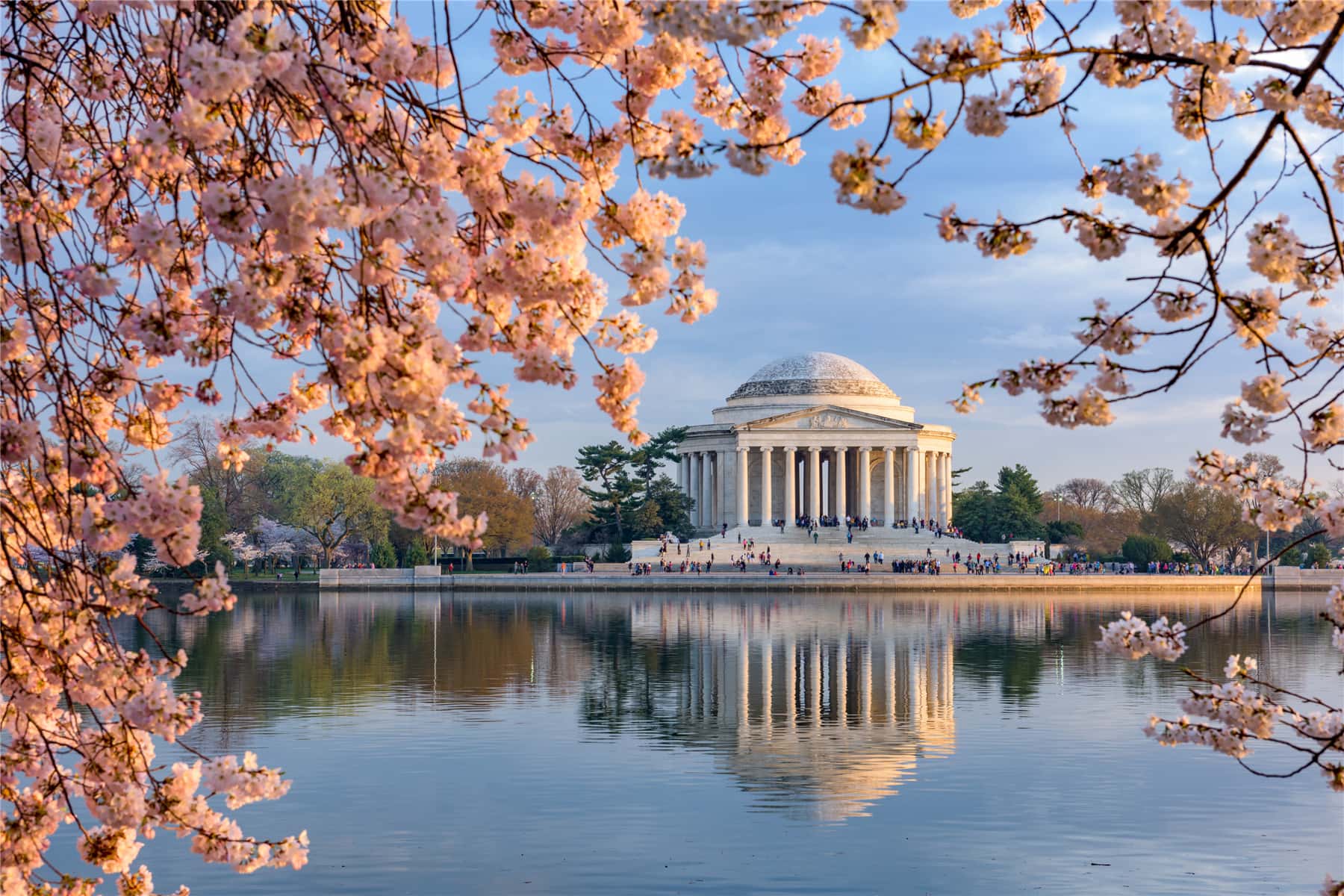