“Sit down!” “Fasten your seat-belts.” “Lift your food tray.” “Straighten your seat.” Flight attendants can be quite bossy, can’t they? We’re just trying to get from point A to point B as smoothly as possible, so why are they so cranky? The truth is that they’re trying to be as friendly and happy as possible, the problem might just be with you. After all it is your safety that they’re responsible for. While flight attendants can keep a killer smile, they could be thinking something different completely. Here are the 8 don’ts flight attendants wish you knew. 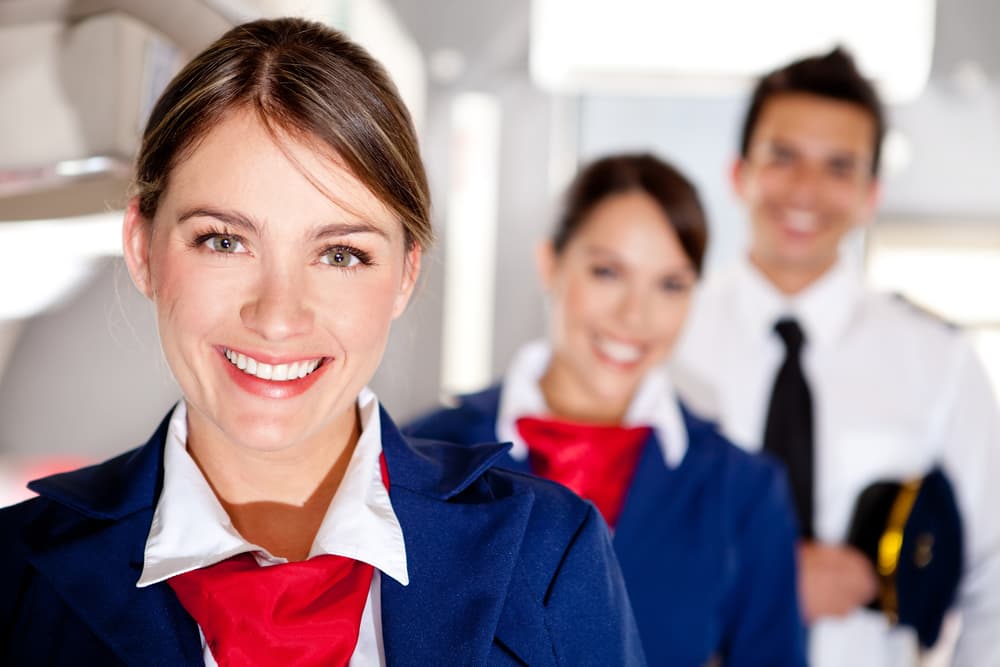 The 8 Donts Flight Attendants Want You To Know

Consider this. Flight attendants spend most of their 12+ hour shift on their feet. They’re exhausted, being pestered from every angle for another blanket or another glass of wine (even though you know you’ve had your limit) and trying to keep a smile. So when you choose not to smile, not to greet them, or choose to be downright impolite, guess who’s going to be conveniently ignoring you the next time you need a water refill.

Don’t Expect Them To Lift Your Stuff

While they will offer to help you adjust your luggage in the overhead compartment, don’t think that they’re going to lift it off the ground for you. If they were to do that for every passenger on every flight, they would quicker be pursuing a weight-lifting profession full time. Be thoughtful and put your own carry-on in the top luggage compartment. They’ll appreciate this more than you know, trust me.

Believe it or not, flight attendants have ears too. So while you’re dying for another sachet of sugar, be patient while they tend to the people who spoke to them first. If you’re looking to make a quick flight enemy, then go right ahead and do one of these three things. You might even find yourself with a dinner companion… the flight marshal.

While I understand that sharing the armrest is a tricky equation that we haven’t all figured out, don’t expect the flight attendant to tell another passenger what he or she can or can’t do. They are definitely not kindergarten teachers who need to dish out slaps on the wrist for bad behavior. I wish there was a golden rule that said, “window seat guy and aisle seat lady give up the inner armrest so that squished person in the middle gets a little bit of comfort”.

Don’t Go To The Bathroom While The Carts Are Out

It really shouldn’t be rocket science! Those food and drinks carts can weight up to 300 pounds. Now imagine having to gracefully wheel that thing through a barrage of bladder-bursting bathroom dashers. Yeah, not exactly the Victoria Secret’s runway. Be patient, or simply time your toilet trip.

This is more a helpful suggestion than a straight-up “don’t”. They definitely understand the hype of getting it on in new and creative places, but the airplane bathroom should not be one of them. Aside from the uncleanliness of the stalls (they would know!), it’s downright inconsiderate for all the others waiting for their turn… to use the toilet, that is.

Take this as you will. Nothing drives flight attendants and other passengers up the wall more than people who tend to personal issues in their seat. This includes cutting their nails, picking their noses, flossing their teeth, or doing anything else which might be concealable under your blanket. Just. Don’t. Do. It.

Don’t Think Their Job Is Easy

Last but not least, you should understand that being a flight attendant is pretty difficult. We’re talking about minimal sleep, lots of smiling when you’re not in the mood, erratic schedules, rude passengers, and a not-so-handsome paycheck.

Many people believe that flight attendants enjoy beautiful hotels, romantic flings with lovers from different continents and endless flying. While the last one is correct, the first two are subject to many different situations. The most prevalent situation which has the most power is exhaustion. Flight attendants oftentimes are so tired that they have no time for anything but trying to catch up sleep.